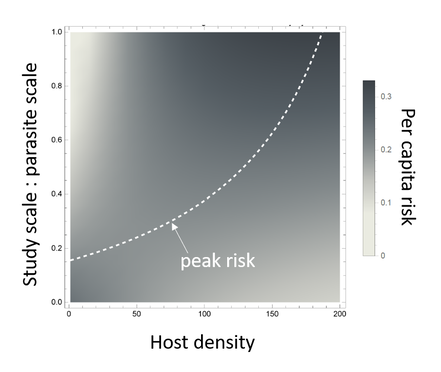 Epidemiological theory predicts that contact rate between hosts and parasites should increase with host density, thereby increasing parasite transmission and per capita infection risk - the parasite’s numerical response. At the same time, for a given number of infective stages in the environment, per capita infection risk can decrease with increasing host density because infective stages are divided (diluted) among all hosts in an area – the parasite’s functional response. Our empirical and theoretical work shows that the relative importance of the numerical and functional responses can depend on the scale of a study relative to the scale at which a parasite reproduces.
Recent papers published on this topic:
Stay tuned for: